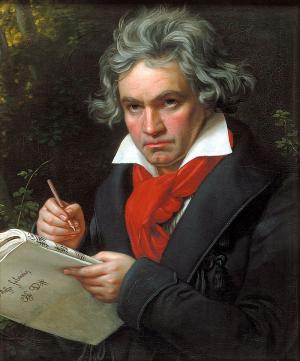 Beethoven's only opera 'Fidelio' embodies his ideals of heroism and freedom from political oppression. The opera was first produced in Vienna in 1805, under the title of 'Leonora' with the overture now known as 'Leonora No. 2'. Later Beethoven shortened and revised it several times with again new overtures ('Leonora No. 3' and 'Leonora No. 1'). In 1814 a revision of the opera was given in its present form as 'Fidelio', with an entirely new overture.

The original 'Fidelio' overture is in E Major. This transcription is transposed to E-flat Major.