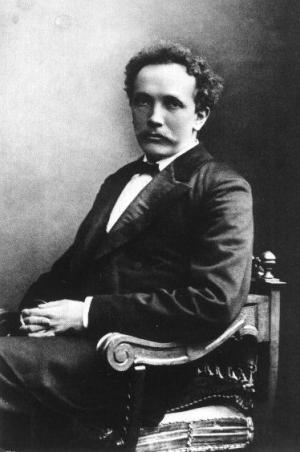 In 1882, Richard Strauss wrote his Horn Concerto No. 1 in E-flat major, Op. 11, which would become the most frequently performed horn concerto written in the 19th century. Strauss wrote it at the age of 18 whilst a philosophy student at Munich University, having recently completed his violin concerto and cello sonata. His father Franz Strauss was one of the leading horn players of his day, and the fact that Richard grew up with the sound of the horn in his house led to his exploration of the great potential of the horn as both a solo and orchestral instrument. The concerto is in three movements (Allegro, Andante, Allegro) which are played continuously and is typical of Strauss' music at this time in being Romantic in style, showing the influence of Mendelssohn.